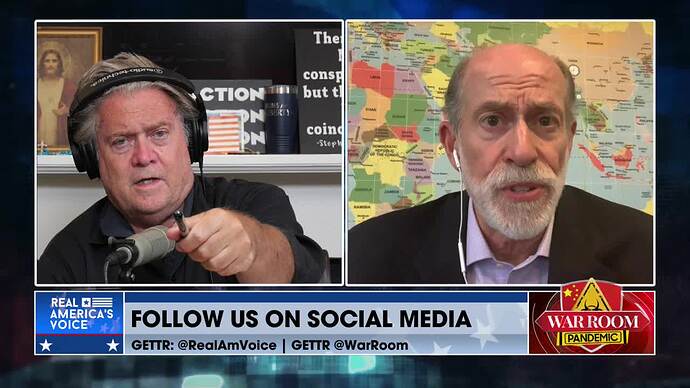 Frank Gaffney On CCP Escalation With Taiwan: The Situation Has 'Possibility...

Frank Gaffney On CCP Escalation With Taiwan: The Situation Has 'Possibility To Turn Sideways' 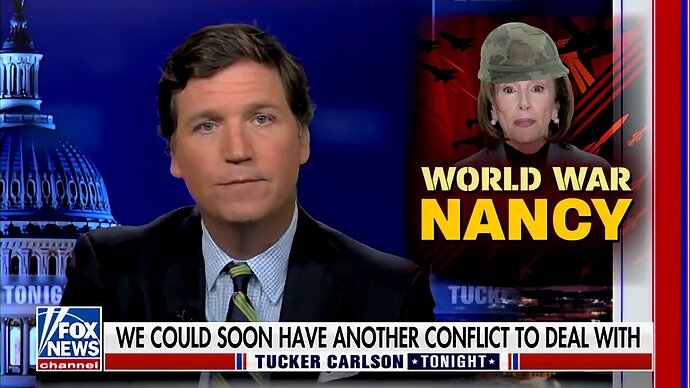 Tucker: China Repeatedly Threatens to Shoot Down Pelosi’s Plane, Yet No One...

“This is one of the weirdest moments in the weirdest presidency in American history. The Biden Administration is provoking a hot war with China which by itself would seem to be headline news. But why? 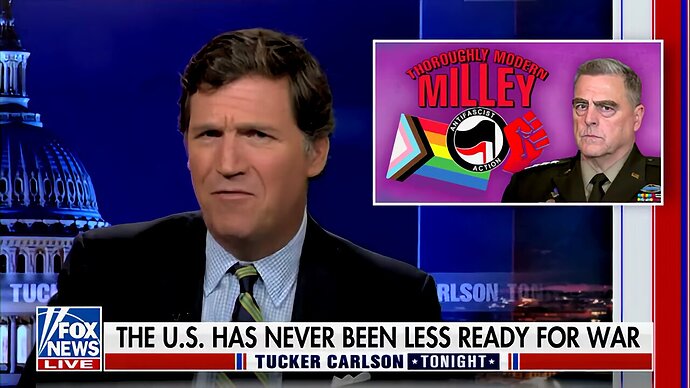 Tucker: We Are Not Going to Win a War Against China

“The U.S. has never been less ready for war particularly forward with China. The Biden Administration has done everything it can to make certain we are not ready.” Upload via https://rumble.com/c/unga 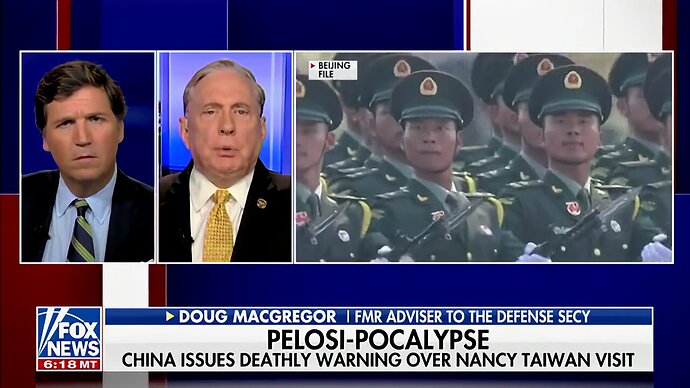 MacGregor on Pelosi’s Taiwan Visit: The Most Reckless and Irresponsible...

“We don’t have anyone that qualifies as a statesman. Statesmanship involves advancing American interests of the least cost the American people. None of that is in play here.” Upload via https://rumble

Yes, why is Pelosi even there? To clinch some kind of under the table deal for herself and her husband? 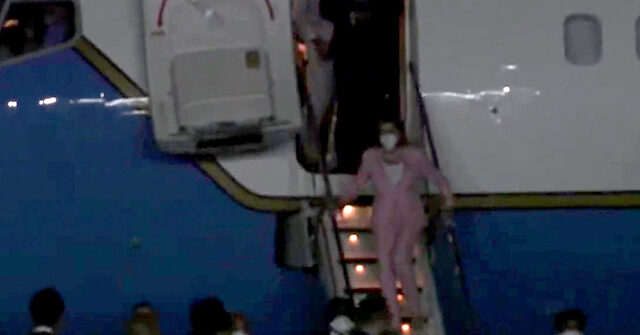 Nancy Pelosi landed in Taipei, Taiwan, late Tuesday evening local time in defiance of the Biden administration's and China's warnings not to go. 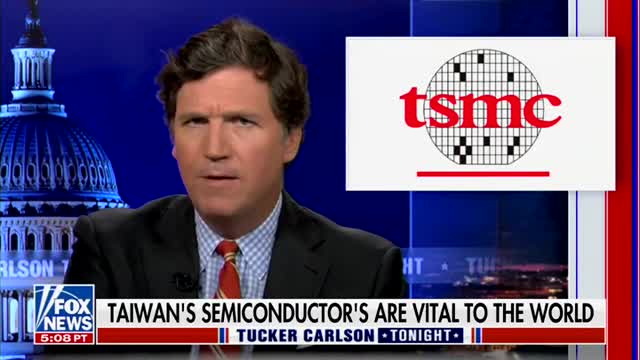 Tucker: Is the Goal of Pelosi’s Trip to Hasten the End of America’s Hegemony?

“…that would also explain why they sent Nancy Pelosi over to Taiwan effectively as the administration's representative, even though Nancy Pelosi rivals Kamala Harris in her inability to form a coheren 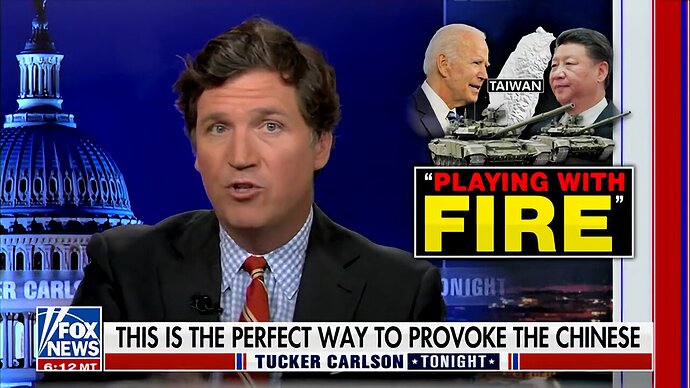 Tucker RIPS CIA Ad: Intersectional with an Anxiety Disorder? Come Work in a...

“The truth is, we're not in a position to prosecute a successful war against China. We should be. We should have been making defensive strategic moves for the past 20 years…” Upload via https://rumble 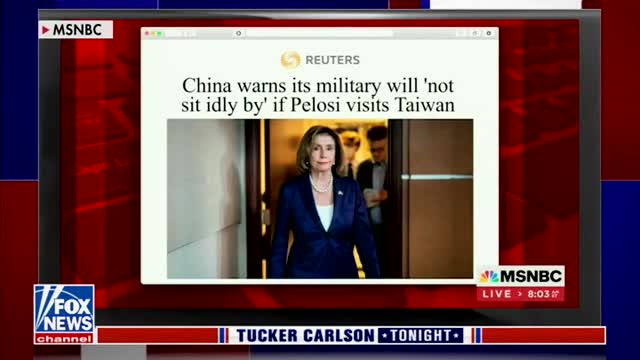 “Nothing Joe Biden has done in the last year and a half has made our Armed Forces better prepared to fight wars.” Upload via https://rumble.com/c/unga Real News & Commentary for Patriots: https://www. 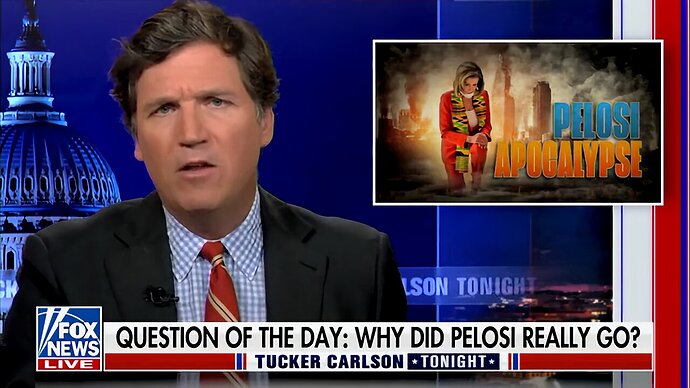 “The people who run the White House are so utterly blinded by their own arrogance and their ineptitude, that they just don't appreciate or even understand the implications of what they are doing.” Upl

Please post such links separately from each other, so that each has a button for reply.

Carlson makes alot of good points here.
He could very well be right on either of the two possibilties he raises here - that Pelosi’s visit is based on either this adminstrations ignorance and incompetence, or, a deliberate attempt to provoke war with China.
A question here - Carlson says Biden approved her visit, but the Brietbart article says he warned her against going - which is correct?

I think it’s probably the former.

As a fake provocation perhaps? Shortly we’re going to be hearing about how China is the big enemy and then we will be reminded that war is peace etc.

No, I don’t think so. Remember this is an administration composed of fools. They don’t know what they’re doing or why. China may use the Old Vindictive’s visit to Taiwan as a pretext for invading the island. But no, Old President Doofus does not want war with China. China owns him, and he likes it that way because China feeds him lots of yummie dough.

Quote;
If you believe the Biden administration and its media allies, members of congress visiting Taiwan is a shocking and unprecedented event. Except that Senator Tammy Duckworth visited Taiwan in May. Senator Richard Burr, Robert Menendez, Lindsey Graham, Ben Sasse and Robert Portman came in April. Along with Rep. Ronny Jackson. Senator Dan Sullivan and Chris Coons flew over last summer. In the fall, Rep. Nancy Mace, Sarah Jacobs, Mark Takano, Elissa Slotkin and Colin Allred saw the sights.
Thanks in part to the Taiwan Travel Act, which passed with no opposition and was signed by President Trump in 2018, Taiwan is Grand Central Station for congressional delegations.
Pelosi is higher-ranking only in that she’s the outgoing lame duck leader of a vanishing majority.
China was not threatened by Pelosi’s visit. It chose to exploit it as an opportunity to intimidate the Biden administration and blackmail its weak enemies. And whatever else happens, it succeeded in exposing once again how worthless Biden’s tough talk about Taiwan is.
In the New York Times, Paul Krugman launched his attack headlined, “Why Pelosi’s Visit to Taiwan Is Utterly Reckless”. Coincidentally, “reckless” was how China’s Ambassador Qin Gang had described the visit to CNN. Or maybe not so coincidentally after all since so many of America’s headlines are actually translated from the original Chinese.
There’s nothing reckless about the visit.
The media, which joined Xi’s chorus, showed that its only allegiance is to protecting the Biden administration and kowtowing to China. C
Communist China isn’t afraid of Pelosi and it certainly isn’t afraid of Biden. The Communist dictatorship is testing our nation’s leaders to see if it has any reason to fear America.

Worth reading in full:

Interesting. Especially about how “so many of America’s headlines are actually translated from the original Chinese”. That’s a pretty good indication of who’s really running the show here. 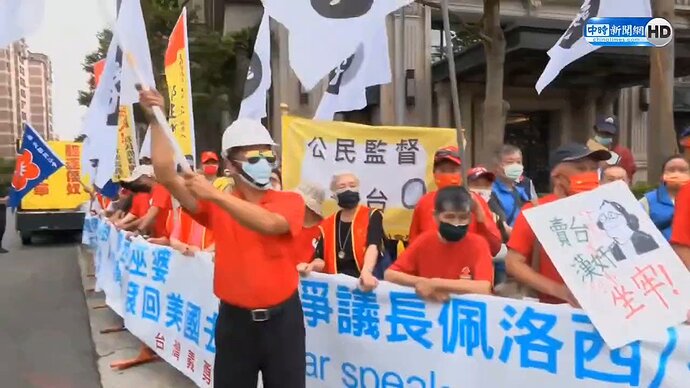 I wonder how much China paid them to do it?

I’m not sure China paid them. Maybe the people of Taiwan generally don’t like Pelosi. 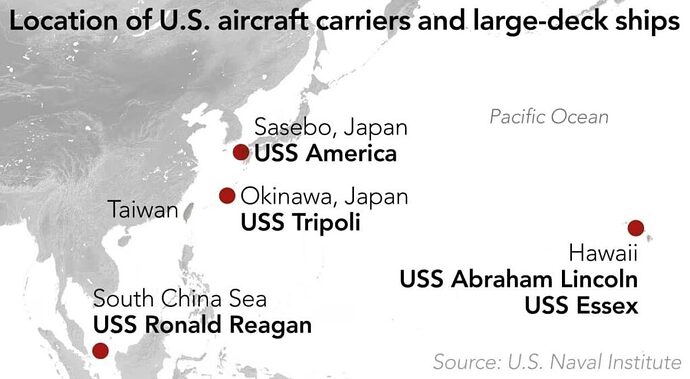 China has in effect imposed a blockade on Taiwan while still calling it 'drills'. Pelosi's empty gestures and bromides on democracy -- that stand in no relation to its risks -- has handed the Chicoms a gift. 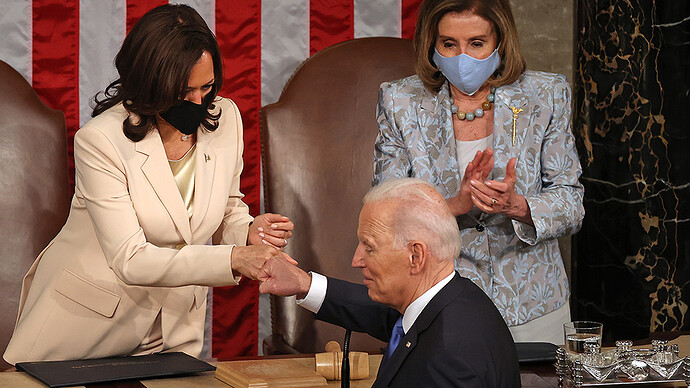 The Taiwanese Semiconductor Manufacturing Company (TSMC) is concerned that the recent visit from Nancy Pelosi will prompt a Chinese invasion, resulting in a shutdown of the company's chip factories. TSMC is one of the world's primary suppliers of... 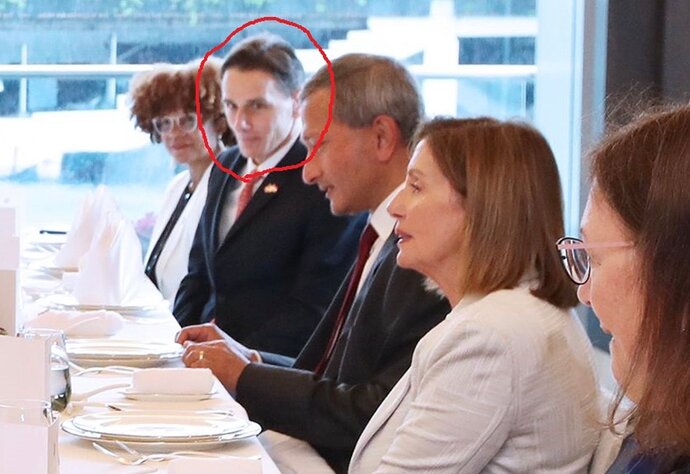 EXCLUSIVE: Did Nancy Pelosi Travel to Taiwan to Increase Her Family Fortune?...

Lawrence Sellin contributed to this article.  Nancy Pelosi traveled to Taiwan and the Far East and met with numerous entities and individuals.  Was the purpose for her to increase her family fortune? The two photographs below originated... 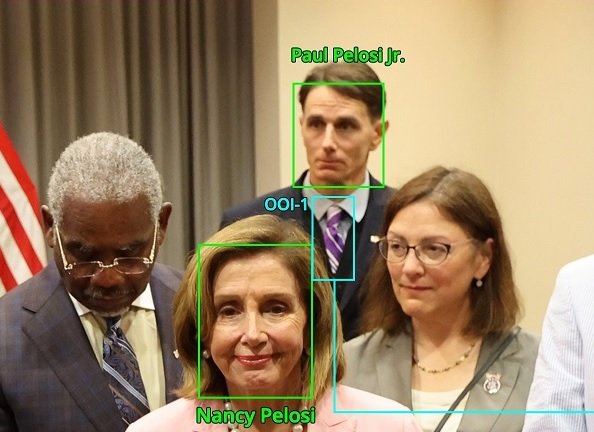 It’s official – TGP has confirmed that corrupt Speaker Nancy Pelosi brought with her on her trip to Asia, her son Paul Pelosi.  On Saturday morning TGP reported that Nancy Pelosi may have traveled to Taiwan and other Asian companies to increase...

Yazmin - Please separate links so that each has its own “reply” button.

Knowing her corruption, it wouldn’t be surprising at all to find out that some sort of “business” deal was made through her son while she was there.
Biden followed the same m.o. with Hunter.

China has announced a number of sanctions against Pelosi, her family and the Biden administration at large. The White House will no doubt mourn the suspension of climate talks as the worst element, but for the geopolitical situation the breaking off...