Despite the dubious science behind anthropogenic catastrophic global warming, in a few weeks the next global-warming gab-fest comes to Glasgow, just as winter weather will start exposing the fecklessness of subjecting energy policy to utopian schemes such as achieving net-zero carbon emissions by 2050. [No carbon dioxide = no green plants, end of life on earth.] Of course, the Biden administration will be there, and no doubt sign on to expensive economy-wounding schemes for reducing carbon dioxode.
Holding our energy policy hostage to dubious hypotheses about a"global climate", and indulging mythic longings and dreams that are the luxuries of the prosperous well-fed, is dangerous. The first obligation of a government, and the people who select the officers of that government, is to protect the nation’s security and interests, particularly its economy and the cheap energy that powers it.
The global warmists’ pipe-dreams have already cost us billions of dollars in sketchy research and subsidies for “alternative energy” that cannot make fossil fuels obsolete. The Biden administration has jeopardized our security abroad with its feckless appeasement in Afghanistan, compromised our safety and citizenship with its virtual open borders policy, and threatened our economy with proposed trillions in new spending. With its war on fossil fuels and fantasies of “net zero” carbon …

… there will be anthropogenic catastrophe in America for sure. 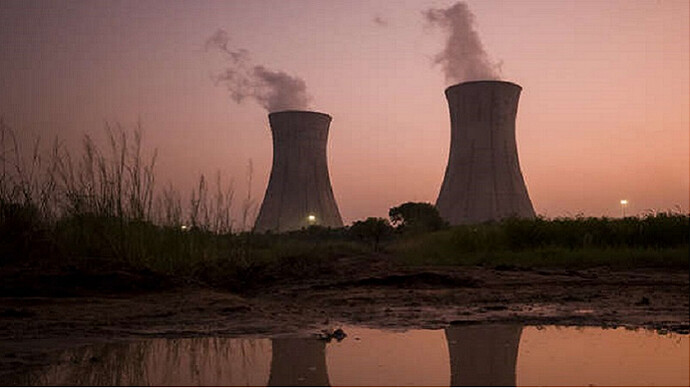