Biden Still On His Knees to the Ayatollahs!

Edited Quote:
Nation-wide protests began in Iran more than three weeks ago following the murder of a young Kurdish woman for not wearing her hijab properly. The ayatollahs are brutally killing the protestors. The death-toll is now said to have passed the 200 mark, with many of the fatalities reported to be children as young as 11 years old.
Yet Biden proposes to send the regime more US tax-payers’ money.
The Biden administration’s wanton appeasement of Tehran is turning into a global embarrassment for Washington as the ayatollahs, buoyed by the knowledge that Washington has no interest in confronting their malign activities, are intensifying their efforts to consolidate their power and expand their influence.
Rather than holding the Iranian regime to account for its atrocious conduct, Biden’s priority remains to secure another flawed nuclear deal with Tehran, one that would result in enabling Iran to have nuclear weapons with no prohibition on the missiles to deliver them, as well as the lifting of punitive economic sanctions and up to a trillion dollars in additional revenues for them to "export the revolution”.
If, as now seems increasingly likely, the White House commits to a new nuclear deal once next month’s midterm elections are out of the way, the US Congress will be in Christmas recess and therefore unable to block it.
Rather than making the world a safer place, Biden’s pro-Iran stance is merely fanning the flames of even greater global instability. 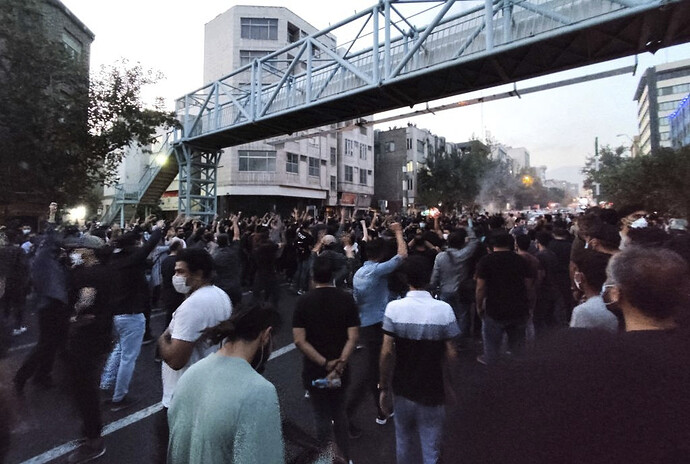 If US President Joe Biden really is "gravely concerned" about the plight of Iranian schoolgirls being attacked and killed by Iran's authoritarian regime, then the best way to help them would be to abandon his ill-considered attempt to broker a new

Is anything anywhere right side up?

Continuing the course of treason Obama started.
And what’s the point, besides treason?
No one benefits from this deal but the Ayatollahs, who’s well known goal is “Death to America”.
We’re in the insane predicament of proceeding as if our problems can be corrected with elections, while our mortal enemies are destroying the country from within, and strengthening our enemies without.
It will be a “miracle” if we even have a country left to repair by the time the next presidential election rolls around.