Biden Is Hiding His Plan To Rig The 2022 Midterm Elections 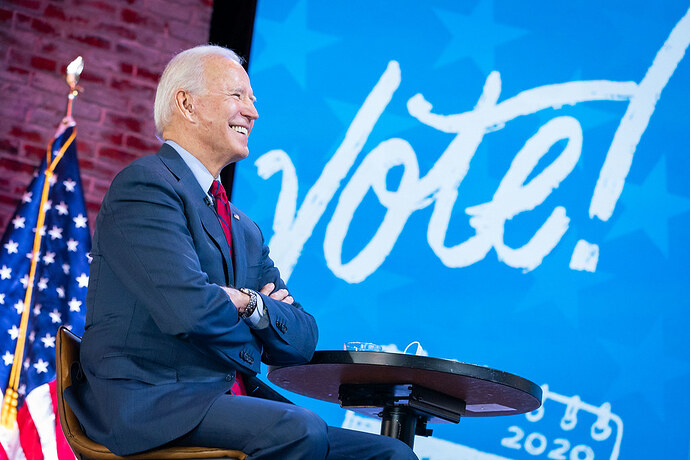 Yes, Biden Is Hiding His Plan To Rig The 2022 Midterm Elections

The White House is refusing to share details about its coordinated efforts to engage in a federal takeover of election administration.

Well, he wouldn’t be likely to publicize it, would he?

Though, of course, when it comes to that senile old doofus, any stupidity is possible.

The jury box has been compromised. Our long-established process for enacting laws has been supplanted by executive orders and administrative rules which have the de facto force of law. Powers which were intended to be the sole purview of the legislative branch are instead wielded by the executive branch and by partisan activists in the judicial branch. Our right to due process is rendered moot by red flag laws and civil forfeiture laws which impose significant penalty for simply being accused of wrongdoing, with no need for judicial process, proof beyond reasonable doubt, or even formal charges.

The ballot box has been compromised. Few of us, I would guess, believe that our electoral process is fair and impartial. As this article shows, plans are well underway to compromise it even further. The Statists will do anything to retain power, and they are not even slightly concerned about our Constitution or about the rule of law.

That leaves us, unfortunately, with the cartridge box.

Great man with a splendid intellect, Frederick Douglass, and witty too.

He was surely one of the greatest Americans.

A few times, when debating radical leftists who claim that the US Constitution supports slavery, I reference Frederick Douglass’ speech in which is argues with unassailable logic that the text of the Constitution is inherently anti-slavery. The Wikipedia synopsis of this speech is here, and the full text can be found here.

Thanks, Billy. I have never read that speech in full. Now I will.

I read that “NIST (empowered by Obama’s HAVA act to oversee and certify election equipment in the US) put together a plan so that 2016’s loss would never happen again. Adjudication allowed the left to switch, spoil and create votes in secret replete with readily available audits that spit out the same fraudulent results, should the need arise.”

Can you remember where you read that, Liz? I’ve tried searching for the quotation without luck - but then, it’s just the sort of thing that Google would choose to bury.

It was in an email that linked to the NIST site. I’ll try to find another link for it.