“Trump was the first American president who had no need for Saudi oil. His administration had managed to make the United States the largest producer of gas and oil in history— precluding any energy dependence on illiberal regimes abroad.”

Then:
“Biden wrecked the US economy by deliberately surging oil prices in pursuit of the Left’s utopian green nightmare.”

Biden made sure Europe would depend on Russia for gas and oil:
“On the eve of the Ukrainian war Biden jawboned the Europeans to reject the EastMed pipeline. That project was a much-needed joint effort by three of our closest allies—Greece, Israel, and Cyprus—to bring clean-burning natural gas to an energy-starved Europe."

Now Biden vainly entreats Venezuela, Iran, Russia, and Saudi Arabia to pump more oil: .
“In winter 2021 Biden lectured us that fossil fuels were dirty obstacles to our green future.
As winter 2022-23 approaches, Biden believes he can strongarm his enemies to send us more of such taboo energy that we won’t produce ourselves.” 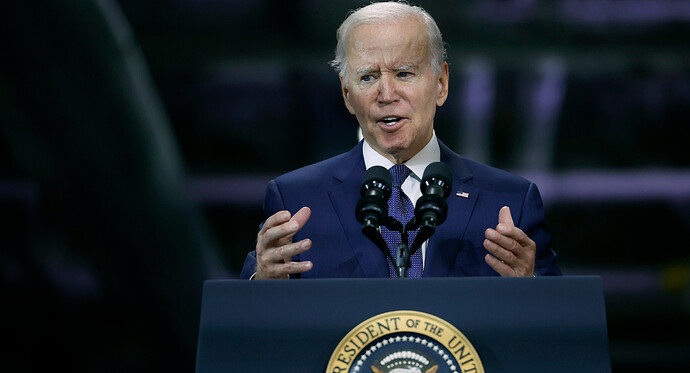 The Left used to accuse imperialist, resource-hungry Yanquis in Washington of cutting selfish deals with illiberal dictatorships in Latin America to grab their natural resources. How odd then that Joe…

This is the most insane stupidity in history.
A suicidal policy based on a total lie.
But everything leftists do is.
The infuriating thing is that this one’s been going on for decades and been proven wrong, yet they continue with it, and no one stops them.
Except Trump, who managed to give us the greatest recovery in history in 4 short years.
Now Biden has managed to destroy it all again in record time. On purpose, with the collusion of our entire government and military. Treason.