Beware of the Children

We know that a huge majority of the young voted D in the mid-terms. https://www.city-journal.org/young-voters-backed-democrats-in-midterms?passwordResetEmailAddress=clairegeber%40gmail.com

This is what happens when K thru PhD incubates drones. They matriculate with a head full of buzz words, ready to express the hive-mind. They emerge with no knowledge of the past, or a distorted “narrative” of it, and a determination to end the future as we know it. They seek to dismantle the patriarchy, chuck away their patrimony, posterity and property. They mystify biology, but scientify fantasy.

Do not think STEM graduates are safe from the gaslighting. They are mad, too. Look at the young tech billionaires and their support of the progressive (one-party) state. We are seeing the results of anti-capitalist state corporatism: Democrat government in alliance with billionaire oligarchs - Gates, Zuckerberg, Soros - have effectively voided the franchise and emancipation.

The recent case of Sam Bankman-Fried illustrates the madness and the moral nihilism of the young, especially those educated at the elite universities like Stanford dedicated to DEI. His story follows nicely on from the Elizabeth Holmes story. The fallen heroes are STEM graduates in tech who believe themselves to be avatars of change - and, yes, they live lives simulating virtual identities, social concepts created and enforced by AI, collecting a lot of woke investment money to do it.

The SBF story shows just how badly tech-progressives have lost the plot. It provides an object lesson in what sanctifying hypocrisy can lead to. There is this young, smart fellow who made a fortune out of the tech libertarian movement to bypass state control of the economy (the currency, in particular), who promised grandly that he was going to give his profits away to charity. He was to be the youngest oligarch ever and outdo Gates and Zuckerberg in noblesse oblige. But with nuance. He was going to be scientifically utilitarian and seek out ways his charity dollars could do the most empirical good. Effective altruism was to be his guiding principle. And which charitable organization offered the most empirically effective altruism, that could reach the most people to improve their lives? The Democrat Party.

If paying taxes is the moral thing to do for the middle class, donating to the Party which enforces moral tax-paying is good. SBF lives in a play-pen in the tax-haven of the Bahamas, but that does not stop him from giving huge sums of money in lieu of taxes to the Good Party in government. The Good Party will make the world good, prioritizing global warming, saving the planet, caring for the poor and powerless etc. over regulating his exchange. That’s ESG, that is. As we did for Elizabeth Holmes, should we not have a conversation about whether SBF is really morally responsible for the catastrophic failure of his adventurous venture? Surely, capitalism is to blame for all bankruptcies. Both Liz and Sam and their investors are victims of a market self-correction which government should step in to cushion, right? 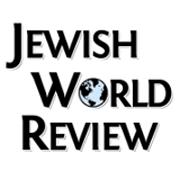 Yes, the “altruistic” Democrat party, that was laundering taxpayer money through his company and Ukraine, to enrich themselves and rig the election.