A welcome Gibbonesque approach to Rome 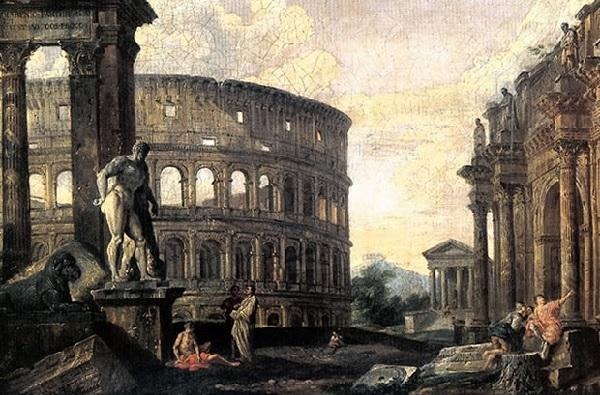 Decline of Empire: Parallels Between the U.S. and Rome, Part II

Doug Casey: Like the Romans, we’re supposedly ruled by laws, not by men.

Good article! Yes, there are so many parallels between the Roman Republic and it’s decline, and ours, which makes sense since our founders used them as a model. We’re at the same juncture of not only being a welfare state and having invading hordes of barbarians, but also where they used a “Praetorean Guard” to choose their leaders rather than a vote. In our case they do it by voter fraud.

An excellent essay! Thank you for posting it, Cogito!

I hope readers of this forum follow the link and read the article.

But for those who don’t, I so want them to notice certain points that I decided to quote these on this page:

Bread and circuses were mostly limited to the capital itself. They were extremely destructive, of course, but were provided strictly for a practical reason: to keep the mob under control.And it was a big mob. At its peak, Rome had about a million inhabitants, and at least 30% were on the dole. It’s worth noting that the dole lasted over 500 years and became part of the fabric of Roman life—ending only when wheat shipments from Egypt and North Africa were cut off by the Vandals at the beginning of the 5th century.In the U.S., there now are more recipients of state benefits than there are workers. Programs like Social Security, Medicare, Medicaid, food stamps, and numerous other welfare programs absorb over 50% of the U.S. budget, and they’re going to grow rapidly for a while longer, although I predict they’ll come to an end or be radically reformed within the next 20 years.
The Empire appears to have suffered a demographic collapse late in the 2nd century, during the reign of Marcus Aurelius, at least in part because of a plague that killed on the order of 10% of the population [cf.the Covid epidemic]. Ancient plagues are poorly documented, perhaps because they were viewed as normal happenings.
But there may be other, subtler reasons for the drop in population. Perhaps people weren’t just dying, they also weren’t reproducing, which is much more serious. The rising Christian religion was puritanical and encouraged celibacy.The same thing is now happening throughout the developed world—especially in Europe and Japan, but also in the U.S. and China. After WW II, American women averaged 3.7 children. Now it’s 1.8; in parts of Europe, it’s 1.3. Part of that is due to urbanization and part to an understanding of birth control, but a growing part is that they just can’t afford it; it’s very expensive to have a kid today.
And I believe another major element is a new religious movement, Greenism, which is analogous to early Christianity in many ways.
It’s now considered antisocial to reproduce, since having kids raises your carbon footprint.The essential anti-rationality of early Christianity poisoned the intellectual atmosphere of the classical world. This is true of not just religions in general, but the desert religions of Judaism, Christianity, and Islam in particular—each more extreme than its predecessor. In late antiquity, there was a battle between the faith of the Fathers of the Church and the reason of the philosophers. Christianity halted the progress of reason, which had been growing in the Greco-Roman world since the days of the Ionian rationalists Anaximander, Pythagoras, Heraclitus, and others, right up to Aristotle, Archimedes, and Pliny. Knowledge of how the world worked was compounding, albeit slowly—then came to a stop with the triumph of superstition [Christianity] in the 4th century.

But please do read it all.

Yes, its very good. Ominous that we have an even bigger welfare state problem than they did. The author thinks we’ll reform it, but that all depends on who wins our political war.

I agree with you, Liz. It depends on that. And a Republican victory will not guarantee reform of the welfare state.

Part I is linked in the article. Part III is pending…

Part 1 is a useful and enjoyable read.

So Rome’s history might be considered to “rhyme” with America’s?

I will read this interesting article later, Cogito. Thanks for posting it.

Yes, in the fact of decline. But remember, Rome never recovered as a political power. Except through the Catholic Church - disastrously.

Thanks for reading it!

And we have yet to recover, but history rhymes, nonetheless.