A Hijab Revolution Starting in Iran?

This is an important story that needs to be followed.

A young woman who left her hair uncovered was vengefully beaten to death in Iran by the enforcers of the rules of the Religion of Cruelty.

It just may be the beginning of the end of the ayatollahs’ oppressive regime. 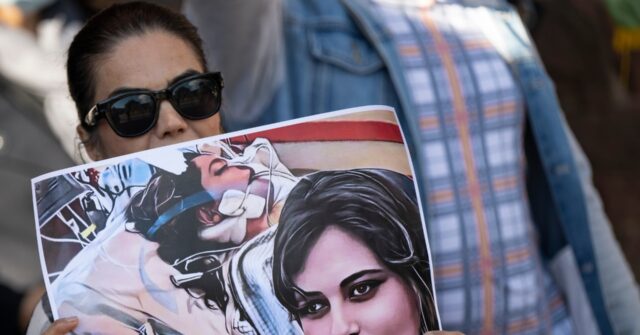 Protests against the death of a young Kurdish woman killed by “morality police” for failing to keep her head covered spread across Iran.

The “beginning of the end” for the Ayatollah’s oppressive regime, or just the beginning of more oppression, beatings, and murders?
The last time the Iranians revolted, it didn’t end well.

No, and it is very highly doubtful that the Biden administration will help Iranian revolutionaries.

Iranian authorities and a Kurdish rights group reported rising death tolls on Wednesday as anger at the death of a woman detained by the morality police fuelled protests for a fifth day and fresh restrictions were placed on social media. 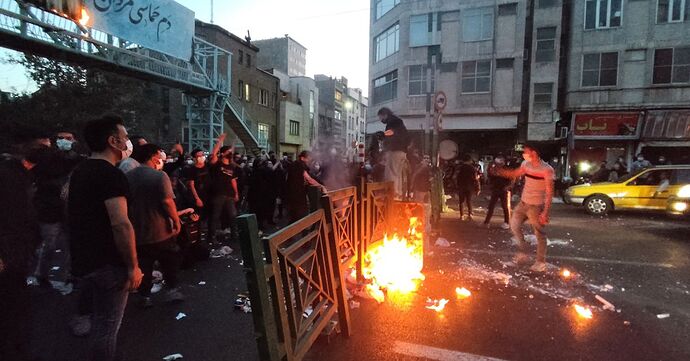 Iranian authorities and a Kurdish rights group reported rising death tolls on Wednesday as anger at the death of a woman detained by the morality police fuelled protests for a fifth day and fresh restrictions were placed on social media.

Quote:
This incident will seriously trouble the heads of the regime.
The blood money of Mahsa Amini is the freedom of Iran.
Following this crime, people are now protesting to abolish the Irshad (guidance) patrol and discard the mandatory hijab.
But beyond this, what is the real demand of the society, which has been widely reflected in the slogans of the students, is freedom. Freedom from all the shackles of slavery that mullahs’ regime has tied on the hands and feet of Iranians.
And everyone knows the angel of freedom will not rise in this country unless the demon of religious tyranny, namely the religious dictatorship, is swept away from this country with this public anger.
Therefore, the Iranian regime should be prepared for more violent storms. What happened to Mahsa Amini is a drop of 44 years of oppression that has happened to Iranian women in the Mullahs’ dungeons.

The Mullahs must be prepared.

Did you read the interesting comments on this article?

Have you heard that the Supreme Leader is on his death bed?

Do you think that Israel will help the revolutionaries?

Maybe this time will be different… But, what does it take…oh, it takes Trump. It takes a change in government leadership.

Good to know about Israel.

“Elon Musk announced via Twitter on Friday [September 23, 2022] that he was activating his Starlink internet service over Iran, where protests have been escalating since the death last week of a 22-year-old woman who had been arrested [and beaten to death] by morality police for ‘unsuitable attire’. [Not wearing a hijab.] Tehran had cut off internet access for most citizens in response to the demonstrations.”

Musk requested and was granted an exemption from the sanctions against Iran. 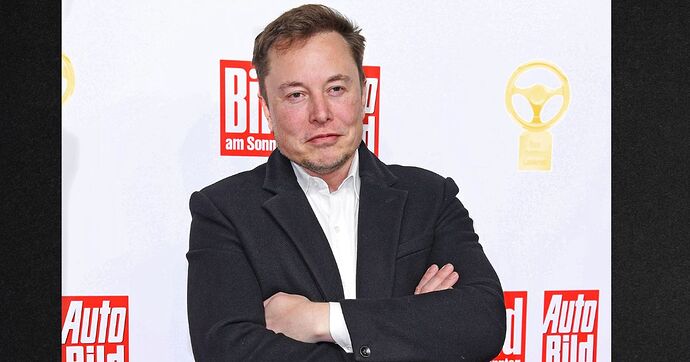 Musk Activates Starlink Over Iran, Gives Protesters Most Potent Tool in Their...

On Monday, Musk said SpaceX would request exemption from sanctions against Iran to deploy Starlink. Four days later he tweeted the good news.

Well, his electric cars may be useless, but with Starlink he’s definitely created something that we can all be thankful for.

Well…if anybody can do EV right, it is Musk, and from what I hear, he does. 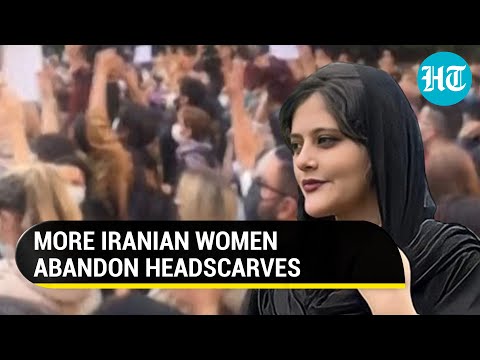 She did not wear a hijab. So the “Moral Police” beat her to death.

In Islam it is immoral for women to appear in public with their hair uncovered.

But it is not immoral to beat a woman to death.

The irrationality of religion, in a nutshell.
The punishment is worse than the “crime”, because every violation of “Gods Word” is a crime against “God”, and therefore justifies the “wrath of God”.

As they have in the past, I unfortunately predict that the murdering mullahs will imprison and kill as many young protesters as it takes to cudgel the population into submission.

Feckless Biden and his wokebot administration, Islamo-fascist enablers, will do nothing, beyond Biden’s hissyfit on the side about human rights in his laughable UN address headlining the “Climate change catastrophe”. As did Obama.

Very sad. I have Iranian friends that thankfully escaped Khomeini’s tyranny but still have friends and relatives trapped in Iran.

I will vote for a resolute Trump or likeminded nominee, as I have before.

Thanks for that, clockp. Your fearsome prediction is surely right.

Good to hear from you again.

Quote:
Tehran judiciary official Mohammad Shahriari was cited by state media as saying on Wednesday that a post-mortem showed Nika suffered “multiple fractures in the pelvis, head, upper and lower limbs, arms and legs, which indicate that the person was thrown from a height”. He declared that this proved her death was nothing to do with the protests.
However, a death certificate issued by a cemetery in the capital states that she died after suffering “multiple injuries caused by blows with a hard object”.
Nika’s Instagram and Telegram accounts were also deleted after she went missing. Iranian security forces are known to demand that detainees give them access to the social media accounts so that the accounts or certain posts can be deleted. 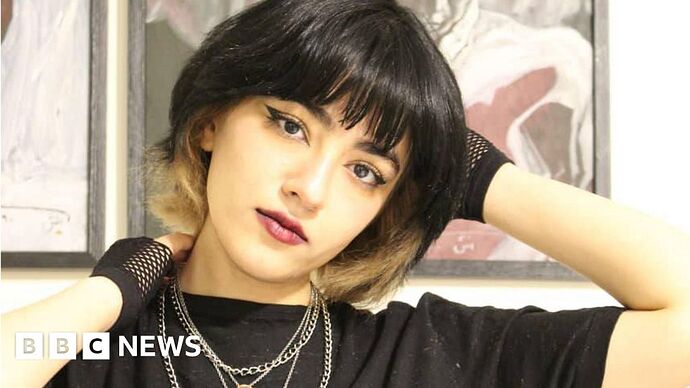 State TV shows Nika Shakarami's uncle condemning the protests as a voice appears to threaten him.

Even schoolgirls now are defying the theocrat tyrants who rule Iran.

Once an oppressed population loses its fear of its oppressors, the regime is doomed. 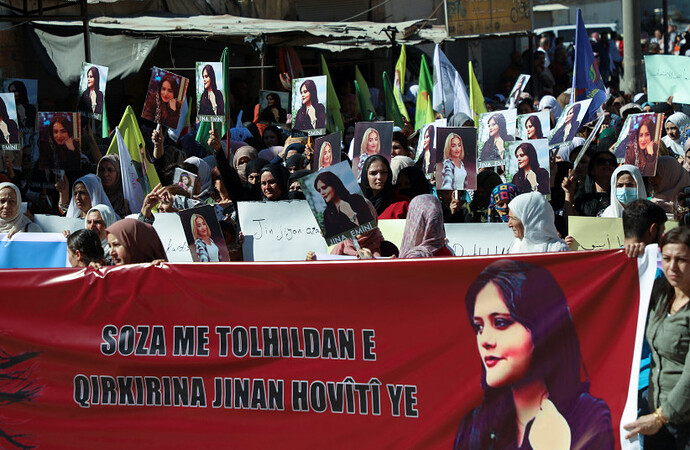 Iranian President Ebrahim Raisi visited a university campus in Tehran and was greeted by female students changing "Get lost" at him.

What is happening in Iran is a revolution: THE WOMEN’S REVOLUTION.

A truth blast in Iran

How can an American do anything but intensely admire and vocally support the resistance of Iranians to their brutal regime? Someone really ought to ask President Biden and his foreign policy gurus about it. The folks at MEMRI have caught and...

That’s real bravery.
Unlike Western “feminists”, who are so busy bashing the “toxic masculinity” of Western men, they somehow never seem to notice the real oppression of Muslim women by the truly toxic, barbaric men of fundamentalist Islam.

Quote:
Some 300 protesters have been killed, opposition groups say, and at least 15,000 arrested since widespread protests began last month. They have now spread to 31 provinces, 164 cities and 16 major universities and show no signs of letting up.
In unprecedented scenes, even Iran’s headline president Ebrahim Raisi was not spared as students at the all-female AlZahra University in Tehran chanted “Raisi, get lost, we don’t want a corrupt regime, we don’t want murderer as a guest” during an official visit yesterday.
The use of ambulances [by the police] has increased following a spike in protestors targeting police vans to free those who have been arrested. The tactic has been reported in at least ten cities, including Gohardasht, Rasht and, crucially, the holy city of Mashhad….
On Friday protests and clashes with police flared in Karaj, Isfahan, Ahvaz, Izeh, Shiraz, Islamshahr, Gohardasht and Lahijan,with some protesters chanting: “death to the dictator” and “shame on you! shame on you!”.
Others chanted: “This is not protest, it is a revolution”…. 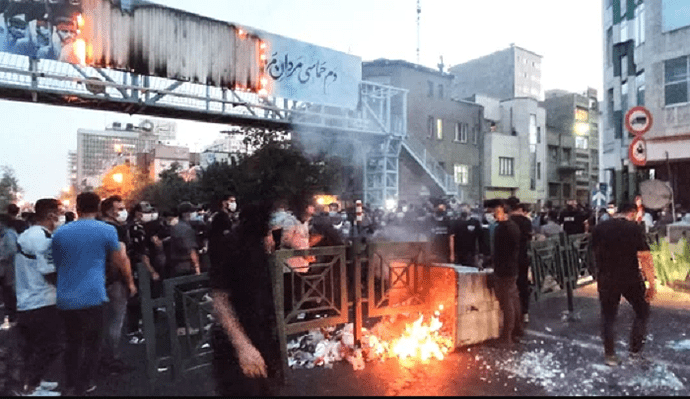 Iran: Police use ambulances to escape outraged protesters, ‘this is not...

The Islamic Republic of Iran is having trouble controlling the protests that have grown internationally and threaten a revolution. Some protesters are now chanting: "This is not protest, it is a revolution,” and when Iranian President Ebrahim Raisi...