No One Can Rule the World

Larry Fink, CEO of BlackRock, regrets the passing of globalization, but I do not.
Globalism has never worked – and, fortunately, never could.

See the video in which Victor Davis Hanson explains why. 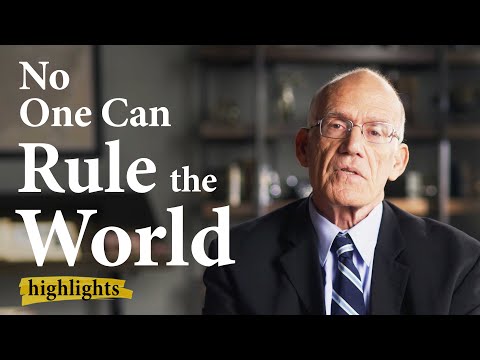 Once again, there will be this idea of two worlds, The West and The Communists. If the Elites believe they can create a Global West that isn’t West anymore, but Fascism based on their ideas formed in The Great Reset, then they certainly will try to do that. And they have come so much farther than Rome or Alexander in managing to control the populace.

The straw that will break the back of the West will be a forced global digital banking system, using a programable “dollar” that can be tracked and thus restricted to some in order to redistribute the wealth (of America) and enforce their plan of ESG economy. America is well along that path, with corporations (banks, businesses) being forced to comply or simply forced out of the economy all together.

The digital program will be individualized, so that people’s behavior will be forced into change. We have heard more than a few elites accidentally declare the forcing of behavior to effect the change that they desire. We have seen how thoroughly China has managed their populace…and other nations, as well.

Your digital debit card will only allow you to buy your limit of gas, your limit of meat, your limit of indulgence. And, only that card will be accepted to purchase and your “incorrect” behavior or speech will be reflected in your bank account…soon from a central Western Global Bank run by the elites.

Alexander and others had no such option. Technology, as we have witnessed, is becoming our ball and chain.

We only have to look what has been done to Russia to see what could be our future.

Yes, I just noted basically the same thing over at the TAC site in response to this Hansen video.
In the digital age, control is much easier for those who control the money.

What are the good Americans going to do to stop it happening?

Keep trying to stop the election fraud, for starters.

Please do not use obscene words.

Larry Fink is not a person who can be trusted to say publicly what he is really thinking.

Agreed. But doesn’t that make this opinion of his all the more remarkable? It’s hard to see how it serves his essentially globalist interests to declare that globalization is at an end.

I think the powers that be are probably colluding with Russia and China to orchestrate the appearance of escalating tensions, I don’t believe this is the end of globalization and I don’t believe Fink believes that either. They want us to believe that the escalating tensions are real, I think that is why Fink is saying this. (Just my personal opinion/belief, of course I’m not stating this as fact).

BlackRock has invested a lot in China, do you think that Fink hadn’t considered the possibility that China might invade Taiwan and a similar situation of “escalating tensions” would occur if that happened, presumably putting those investments at huge risk?

(I don’t obviously trust a word Soros says either, but I’m sharing this link just to make the point about BlackRock investments in China). 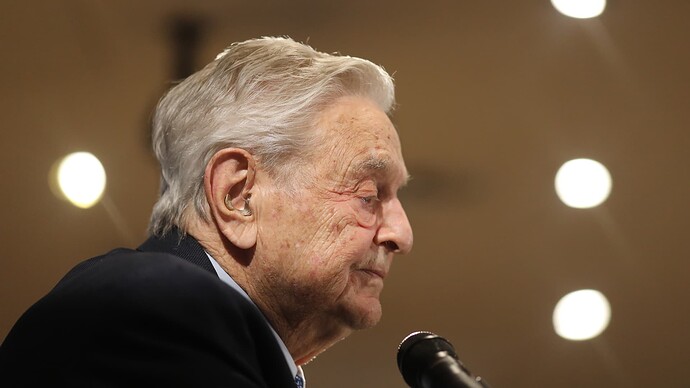 Soros described BlackRock's initiative in China as a "tragic mistake" that would "damage the national security interests of the U.S. and other democracies."

Yes, you KNOW, when Soros acts “concerned” about the national security interests of the US, that there’s GOT to be something else going on here, that has nothing at all to do with that!
And the same goes for Fink.
I’ve heard or read that Fink is worried about the fact that (thanks to Biden’s destruction of the US economy, inflation, the war in Ukraine and sanctions on Russia) the dollar is losing its power, and other countries are starting to use the Yen as the preferred currency.
So it could be Soros is worried about his money, which would make sense, and Fink is deciding to jump ship and take his money to China.

I’m not sure the scale of these investments amount to that, but either way I don’t think Fink would be wasting his time on getting involved in China at all if he thought that there might be a similar situation with China in the near future. BlackRock is taking Russia related losses according to this: 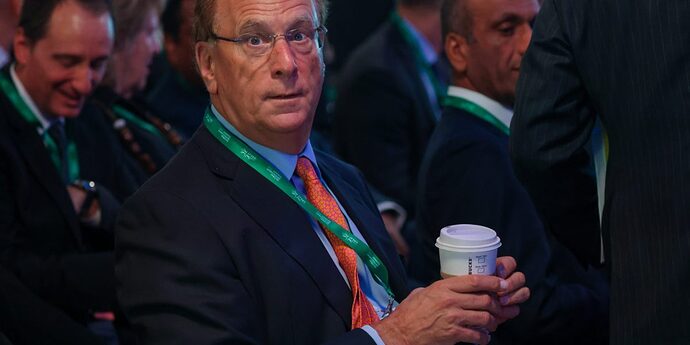 Western banks are owed over $120 billion from Russian entities, much of which they may never get back.

The same question I was asking recently is still unanswered though - why are tensions with Russia escalating to this degree when there wasn’t nearly as much fuss about Russia moving into Crimea (the arguably more strategically important move)? Again the only conclusion I can come to is that the “escalating tensions” are not what they seem, the politics of distraction are at play again.

Yes, knowing how these people create a crisis, then exploit it to their advantage, you can be pretty sure that this current crisis is one they’ve created.
Whether purposely or inadvertantly, as a result of miscalculation, might be the only question.

A cartoon that illustrates your suspicions, Chauncey and Liz! 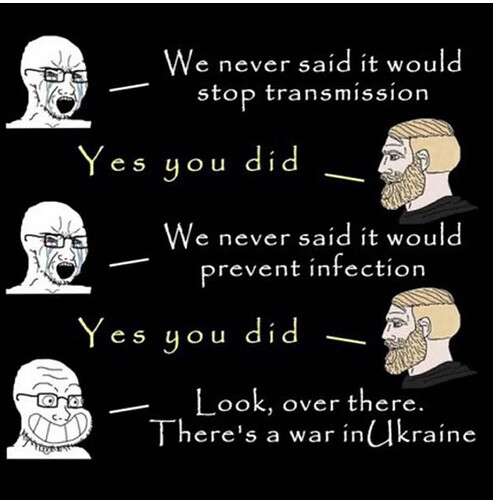 Ha!! No joke. They really are that stupid.