Edited quote:
The New York Times and the Washington Post now admit that the Hunter Biden laptop story - accurately reported by the New York Post and first dismissed by the NYT and Wapo as “Russian disinformation” - is true. But they still avoid the inevitable conclusion to be drawn from evidence contained on the laptop that Joe Biden, when he was vice president, was intimately involved in, a corrupt, multimillion-dollar, international influence-peddling scheme run by his son Hunter and his brother Jim, in the countries for which Joe was point man, chiefly Russia, Ukraine and China.
Another piece of the Biden jigsaw puzzle was provided by Johnson and Grassley’s inquiry that accessed confidential “suspicious-activity reports” that banks are required to send to the Treasury Department, and allowed them to track millions of dollars from China, Russia, Ukraine and Kazakhstan paid into accounts associated with Hunter and Jim Biden and their associates. Johnson says their inquiry was stymied by Democrats, who set up fake FBI briefings for him and then leaked details to the press to cast doubt on witnesses he wanted to subpoena, such as Hunter and his partners.

Important Quote:
It was also his own Republican committee members who got in the way, denying Senator Ron Johnson the numbers he needed to subpoena witnesses when his party had the power. 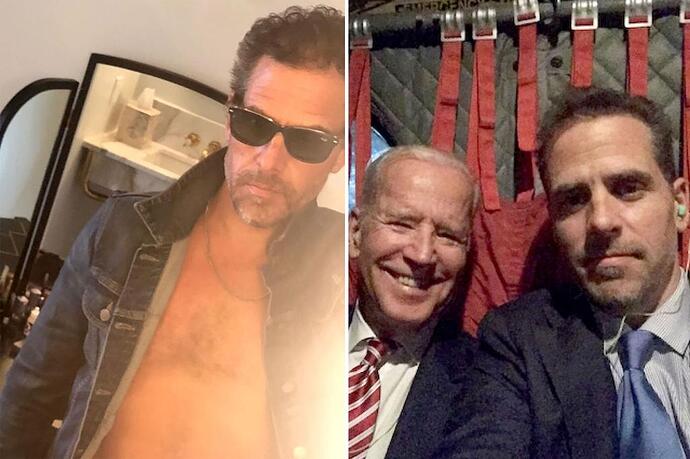 Wonders never cease. The Washington Post caught up with the Hunter Biden laptop story 18 months after the Post broke the scandal.

Yes, its pathetic how they all covered up his corruption. Rudy Guiliani, who is famous for busting up the Mafia crime families of New York using RICO charges, and who was the first to recieve and investigate the laptop, says that the laptop clearly shows evidence that the Bidens operated exactly like a Mafia crime family.
Hunter was the “point man”, and Joe got half of the profits off of every “deal”. They should be in prison along with the rest of the Mafia criminals, not running the country. But they aren’t the only ones.